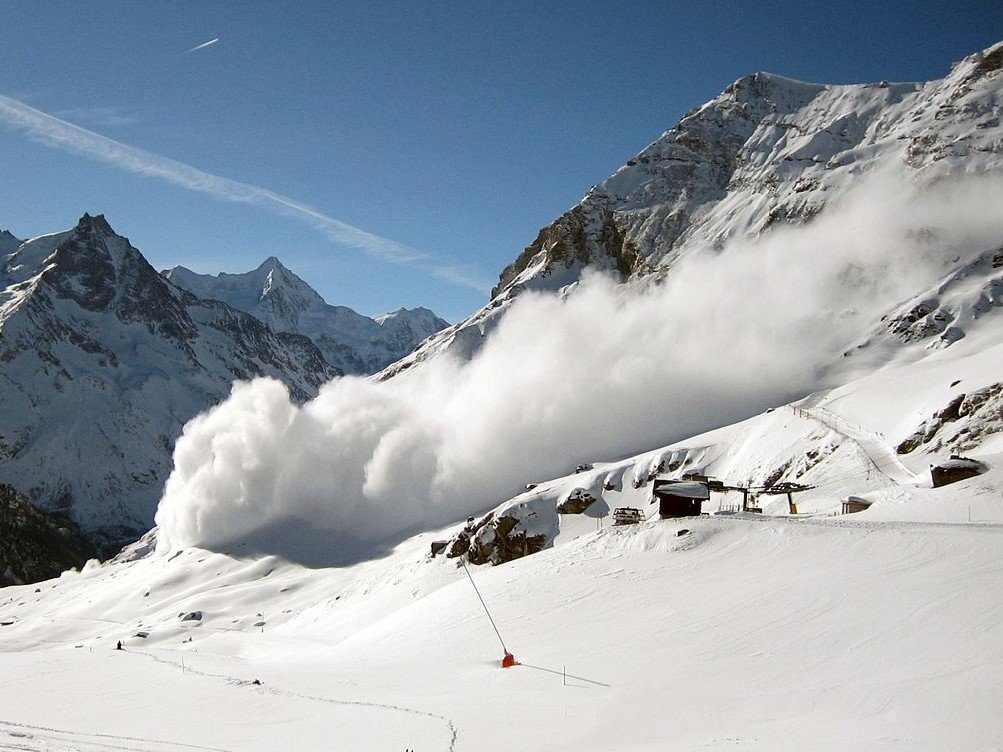 “How did you go bankrupt?” Bill asked.

“What brought it on?”

“Friends,” said Mike. “I had a lot of friends. False friends. Then I had creditors, too. Probably had more creditors than anybody in England.”

Entrepreneurs and executives with experience in distress situations will truly understand the truth and depth of Ernest Hemingway’s words in 1926. Almost a century ago, He captured the nature of a bankruptcy process on different levels. It holds true on the factual level, as well – and those with hands-on experience, for the emotional hardship, one goes through, when going down in the economic rollercoaster.

The dynamics of bankruptcy processes are observed being slow and dull, tiring, and energy-draining for the managers of a firm. Yet, once the firm has passed over the cliff of illiquidity, events rapidly accelerate and drag down the firm for good.

What are the underlying mechanics and trigger points, ruling a bankruptcy process?

It has been a long and cold winter

In the US economy, SME companies employ around 2/3 of the national workforce and accumulate around 45% of annual revenues. Yet, only 5% of capital market activities are directed to SME firms. With needs for funding disproportional allocated and often disregarded, many SME firms operate either temporarily or on a regular basis in the Zone of Insolvency (ZoI).

Often enough, a thorough financial Due Diligence, conducted by an outsider, will not find enough evidence, to lighthearted recommend the going concern of the firm.

Short term liabilities, working capital, debt ratio, provisions – the cards, the economy deals for the entrepreneur are often far from a Royal Flush. Yet, while trying to read the market and the competition, liabilities keep piling up. Loading the firm with even more debt.

In business, friends will be friends, only as long as they smell money in the firm. Whereas debt provides have the reputation of umbrella salesman only in the sunshine.

A lender in need is a friend indeed.

If the ice is cracking, the sun was out for a while, already.

In OECD economies an insolvency rate of around 8% is observed. Any downturn in GDP is known to directly increase that number and bringing more companies to the edge.

This indicates, in-general-not-so-fit companies are affected the most and are likely to get into economic turmoil. This is intuitive, though disregarding the single big unexpected event, changing the fate of a whole industry. This is often referred to as Black Swans. Characterized as unforeseeable events with disruptive impact, examples for Black Swans include the Fukushima Accident, the World Trade Center terrorist attacks, the Collapse of the Soviet Union, the Spanish Conquistadors for the Aztecs, and, most recently, the Coronavirus Pandemic.

For the majority of bankruptcies holds: Firms have lost market attractiveness over time, as they failed to adapt and create superior customer value as compared to their peers. Prior to the actual event of bankruptcy, a number of consecutive loss-making years are usually observed. Over time, this causes inefficiencies, resulting in diminishing revenues and returns and ultimately in negative profits. The sun was out already for a while and the ice under the feet has been melting.

Early precursors of bankruptcy situations can be seen in the balance sheet. Diminishing dividend payments, decreasing accrued earnings, increasing liabilities, etc. should raise awareness with shareholders and non-executives. Whereas the annual financial accounts signal an upcoming storm, lack of liquidity is the trigger to initiate a bankruptcy process.

Prior to liquidation, many economies offer preliminary protection under instruments, similar to Chapter 11. Allowing the firm to restructure and return to operative business, in order to buffer the negative economic impact, which is not only hitting the shareholders but also, employees and the community.

Noone is bankrupt unless he is really, really bankrupt…and then all of a sudden.

Being short of liquidity is not unheard of for SME businesses. Pushing accounts payable, and delaying payments may be instrumental for any firm in specific situations, to manage its liquidity. To hedge for this, suppliers have different escalation processes in place, starting with gentle reminders, ending up with suing a firm for payment.

Yet, once the firm fails to perform on accounts payable permanently, it is getting uncomfortable. Former friends turn out, to be less close, and debt owners, appear as wolves, hunting down the firm, for the last remaining cash reserves, or assets, with residual value, to limit their losses.

Once, a cover-up of the severity of the status of the firm is not possible anymore:

In short, the companies basis is carried away overnight, downhill, to the valley of economic death. With the increasing severity of the liquidity, the process is relentlessly accelerating.

Death is quicker than rescue

Analysis of the outcome of Chapter 11 cases shows different durations of the Chapter 11 process for firms, being ultimately liquidated, and firms, making it back to operations. 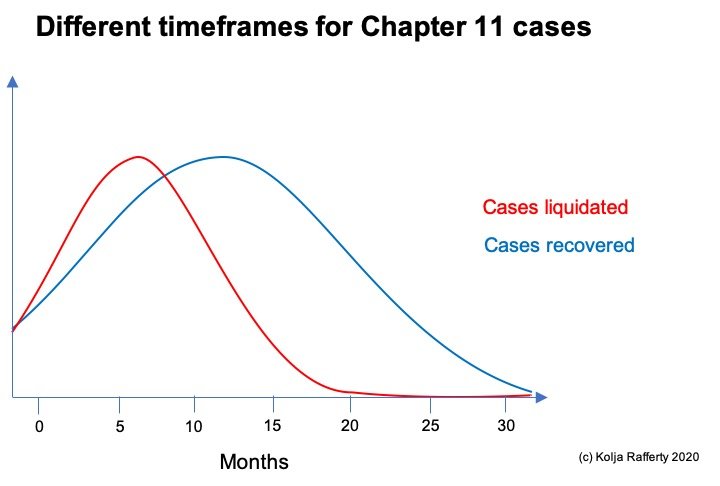 Applied to the brutal reality of a bankruptcy situation, learning is: Corporate Death comes quickly, or it will be a hard and dry way back to economic life.

Once the avalanche has started to accelerate its descent, it is very difficult to stop. Sound governance and management can help to find a path, avoiding the dangerous spots.

Register to this blog