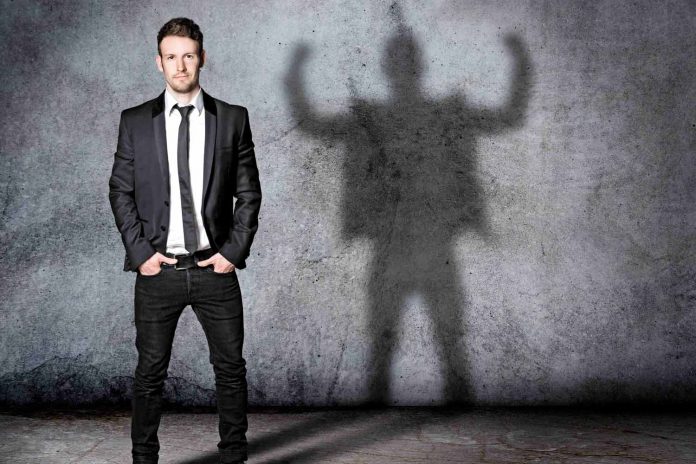 CEOs are traded just one level below Batman. They are rock-star-cherished for success and condemned to eternity to corporate no-man-land, upon failure. To monitor, observe and discipline this league of its own, shareholders appoint Non-Executive Directors (NEDs) to the Board of Directors (BoD). A (subtle) tension is often observed between the NEDs and the CEO. The CEO’s behavior often becomes subject to harsh criticism and judgmental comments from various sides. Yet, chronic stress and known psychological phenomena create blind-spots, bias and dysfunctional behavior limiting the CEO’s ability to assess and foresee distress situations. This results from systematic shortcomings of human nature, hence, NEDs must be aware and create provisions to protect shareholder assets.

With regard to BoD performance: “No news is good news.”

Allowing the executive management to perform on operations, creating strategic opportunities and managing for severe risk is seen as excellent performance for the BoD. This holds for companies, under going-concern. But the truth is, the NEDs’ access to actual information on the insights of the firm is very, very limited. Primary sources of information for the BoD are:

The rear mirror holds little infomation on the future.

Based on the available information, the ability to foresee severe risk and root causes for turmoil is limited. Looking at prominent examples – think Enron, Volkswagen, FlowTex or others – flawed ethical standards, managerial incompetence, and criminal intentions are easily attributed to the executive teams. Academics have framed this to Principal-Agent-conflicts. Yet, complexity does not require unethical or criminal intentions, to earn a permanent seat in the board room.

Executives are well-meaning, capable and have access to sufficient information and resources

Research has shown, executives are generally well-meaning, capable, and equipped with access to data and sufficient resources. Yet, changes in “the normal course of business”, increase the probability for the distraction of the management team. Disruption of the going-concern of the firm can have its root causes external or internal to the firm. External triggers for distress include: Internal reasons for distress can include: As a common denominator: Internal and external triggers for distress, can hit a firm without warning overnight, or they can gradually build up over time and materialize once, a critical threshold is reached.

Turmoil can trigger a downwind spiral of executive performance

Severe distress is not happening overnight, but it’s precedented by a series of events, which also can serve as warning signs for sophisticated NEDs. This is intuitive for the different levels of performance of a firm but also holds for the pattern of communication and executive interaction. Before putting blame on the executives and their uncooperative behavior, seasoned NEDs benefit from reviewing the general state of the executive team. The current behavior can rather be understood as a result of a severe situation and the struggle of the executives, to resolve the issues. Escalating turmoil can trigger a downwind spiral of executive interaction. Previous scholars have identified different stages, characterized by specific dysfunctional patterns of communication. The stages are characterized: These patterns of behavior affect the capability of the executive team, to deal with the immediate crisis, assess complex situations, foresee potential impact or conclude thorough strategies.

In essence, executives are hired to resolve issues and advance an organization also against external resistance. Hence, challenging market conditions or economic turmoil are not per se reasons for seasoned professionals, to demonstrate deteriorating performance. On the contrary. Executives are known, to be committed, engaged and motivated to excel in their roles. The downwind spiral is the ultimate result of executives, exhausting themselves, whilst working in challenging environments. Various factors are known to create a high-stress level, leading to dysfunctional behavior and individual or organizational burn out scenarios in the worst case. Drivers for increasing stress levels include:

Executives are skilled to deal with a wide variety of distracting events. Researchers have proven, executive decisions are relatively predictable. The assessment of strategic challenges is based on executives’ experiences, values, personalities, and other human factors. The recognition of patterns, that have been experienced before allows executives to conclude quickly effective and efficient ways to deal with the situation. This is also indicating executives are skilled and able relative to the situation of the firm. Performance can diminish when executives are operating outside their zone of previous experiences.

Being on the lookout, we are scanning the horizon for specific, expected, and familiar events. Executives can be poised, to ignore the rest!

The executives’ bias to specific situations, creates high awareness for potential problems, inherent to the previous experience. Seasoned executives are able to see by intuition, what’s going to happen, before the events have actually caught up. 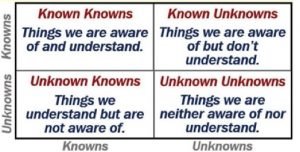 Yet, areas remain, which are unknown to the executive. This is, where Black Swans are born and hit whole industries. Ironically, the more we focus on our expertise (what we know), the less attention, we pay to areas of the unknown, hence, the easier we are caught off-guard by surprises.

The quiet before the storm

Turmoil is not necessarily resulting from disruptive events. The main reason for corporate death is the long term effect of a lack of strategy. As for (once) profitable businesses, a “wrong strategy” might be rather the result of failing to adapt and evolve the strategic direction of the firm. Indicators for increased risk for the going concern of the firm are likely to evolve over time and build up gradually from the level of  (minor) operational issues to the gravity of strategic impact. CEOs are observed, to back-hold bad news, and outline good news to investors and the market. It is fair to argue, Executives are hired to resolve issues, without engaging the BoD. The risk is, incrementally increasing risk portfolios remain under the radar of the BoD. Only, when the impact exceeds a threshold the BoD may learn about the underlying strategic issues. At that stage, the firm may be already in a distress situation.

These behaviors are resulting from situations of distress, taking their toll also from the engaged executives. Most likely, any of those will criticize such behavior if they’d analyzed these situations from outside. We are reminded by researchers, executives in distress situations show inability, to recognize and correct their very own dysfunctional behavior. This holds for the dysfunctional pattern of communication within the executive team, as well as the correction of wrong strategic decisions. Dysfunctional behavior is not necessarily the outcome of a flawed character of the individual but can be explained by psychological patterns, we are all following, being just humans in the end.

Strategies for the BoD to shed light on the blindspots

For the BoD, it has proven to be relevant, to apply strategies, to hedge for four areas of risk in the executive assessment and evaluation process:

Benefits are also available with increased diversity on the BoD level.

The well-being of employees is at a hype. McKinsey reminds us, executives, who are in a “flow”, increase their performance by up to 500%. On the downside flip, it is agreed, chronic work stress is not only affecting the health of individuals but is also deteriorating their performance. Executive decisions can have significant leverage on the course of a firm. Specifically, throughout periods of turmoil, executive decisions can be of critical relevance. In parallel, high-stress levels are associated with executive positions. For NEDs, observing Executives, to allow themselves relaxation periods, limit the workload, demonstrating awareness for their own stress level, can be part of the risk management strategy.

Dysfunctional communication follows a pattern, as described in the downwind spiral. BoDs benefit from being sensitive to recognize these patterns in an early stage. Good rapport with the executive team and maintaining more but one channel into the executive team, have proven to be of value for BoDs to detect inefficiencies in an early stage. Breaking this pattern may require external help, but can be critical to increase the survivability of the firm throughout periods of economic turmoil.

Risk can build up over time. Detecting the increasing severity of the companies situation requires the timely observation of short term orientated KPIs. Specifically, Net Working Capital (NWC) indicates changes in the course of the business, before it materializes in the P/L statement of the firm.

KPIs and audit reports are a summary of the past. The BoDs access to current information is very limited and controlled by the management. The management generally is well-meaning, capable and equipped with all required resources, yet, certain pattern of behavior can be critical for the BoD. Disruptive change can trigger a downwind spiral, in the management communication, assessment, and decision-building processes. Breaking this pattern is essential, for the survivability of the firm. Big issues, very often have small beginnings. CEOs are observed, to be bias to telling the good news, but hold back bad news. This can put the survival of the firm at stake. To overcome such behavior, good rapport and a trusted relationship between BoD and CEO, diversity in the management and sensitivity to relevant short term KPIs has proven to be of value.

What´s love got to do with it? – should shareholders worry, if the CEO gets divorced?

One thought on “Why you cannot trust your CEO”